The latest issue of Thrilleresque® magazine is now out.  Also, try to win prizes with the Spy Quiz on page 37.

Here are two recent press releases about my book research in New Orleans, Louisiana, and Chennai, India.  While New Orleans is already featured in two of my spy novels, so far India has not.  So, after over a dozen trips to India in the last three years, it’s about time I add some scenes from one of its interesting cities.

The new issue of THRILLERESQUE® Magazine will be out soon, so here’s a preview  of select articles:

Given that hackers have brought Sony executives to their knees and struck fear into the nation’s largest movie theater chains, are publishers of controversial books and the bookstores that sell them next on the target list? If so, should authors of political non-fiction or even thrillers and mysteries be worried? Should I worry about my forthcoming espionage thriller THE PYONGYANG OPTION, due out in spring? Though my novel does not contain—unlike the Sony movie The Interview—any gory scenes of a nation’s current leader getting his head blown off, it is still set in North Korea and delves into thorny political issues and contains graphic detail of behaviors common in repressive regimes, like torture, secret prison camps, assassinations, defections, mass surveillance and cover ops. Ironically, it also has hacking as a plot element. And as one of the handful of Western authors to have traveled to North Korea, I feel compelled to write about what I saw. So what should authors like me do? Should we invest in better firewalls, purge salacious emails from our archives or otherwise prepare for the potential loss of personal data from our computers and cloud accounts? Or should authors take comfort in the fact that only movies have been targeted (so far). Regardless, the Sony incident sets a potentially troubling precedent for the literary industry. Your thoughts? 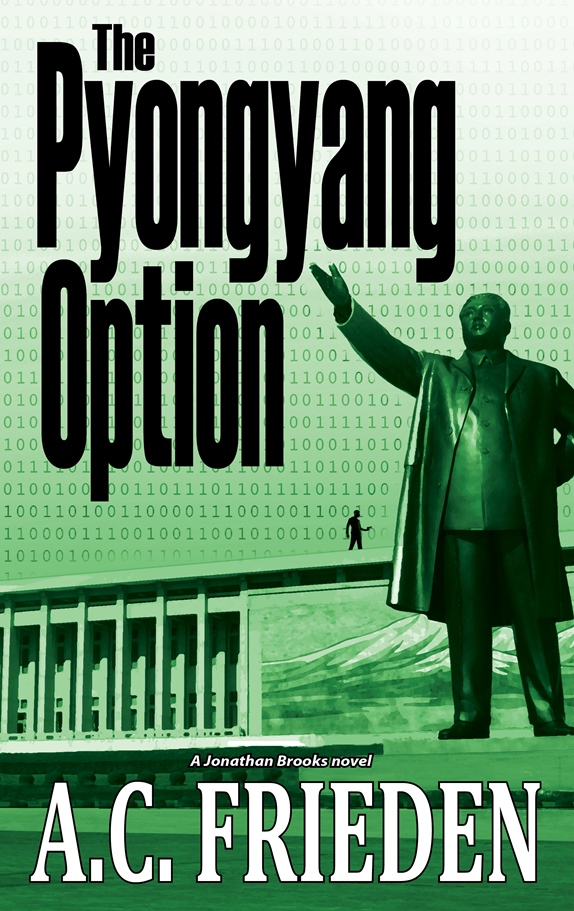 The Serpent’s Game is getting great reviews

“International espionage collides with the Katrina-ravaged streets of New Orleans–an intelligent and intriguing spy thriller that chases secrets across the globe.”
–Crimespree Magazine

“Frieden keeps the suspense high and the twists coming in this gritty, complex and satisfying thriller.”
–Jamie Freveletti, author of Robert Ludlum’s The Janus Reprisal

“Once again, Frieden has delivered a top-notch thriller with an international flair.”
–Marc Paoletti, author of Scorch

“[S]ome of the best writing about the early hours of Katrina that you are likely to come across. In fact, all Frieden’s scenes…are totally convincing.”
–M.K. Turner, BookReview.com

“Are you a fan of Robert Ludlum or Daniel Silva spy thrillers? If you are, this book will leave your synapses crackling and hungering for more.”
–Ditter Kellen, author of Ember Burns

The Serpent’s Game is out!

The second thriller in the Jonathan Brooks series is now available in ebook (Amazon Kindle and Barnes and Noble NOOK), as well as in paperback. Enjoy!

A.C. Frieden Joins a Panel at BOUCHERCON 2012 in Cleveland

Thriller author A.C. Frieden is headed to Cleveland, Ohio to attend BOUCHERCON 2012, one of the largest fan-focused conferences on crime fiction, and will be on a panel titled “What an Author Will Do for a Story,” with fellow authors Jamie Freveletti, Sean Chercover, Sam Reaves, and Mark Sullivan.

Thriller author A.C. Frieden attended the Chicago Printers Row Lit Fest this past weekend, signing books at the Avendia Publishing exhibitor tent and announcing the upcoming launch of his sequel thriller THE SERPENT’S GAME. Due out in November, THE SERPENT’S GAME is the second intallment in the Jonathan Brooks legal/spy thriller series following TRANQULITY DENIED.

The two-day book fair is one of the largest in the Midwest and is an excellent opportunity for authors to connect with fans, publishers and other authors. The crowds were huge on Saturday, which accounted for higher than expected sales of Frieden’s latest novel TRANQUILITY DENIED, as well as his other books.

For more information about THE SERPENT’S GAME, TRANQUILITY DENIED and other novels in the Jonathan Brooks series, visit the following: www.acfrieden.biz/titles-jonathanbrooks-series.html 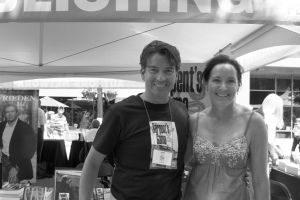 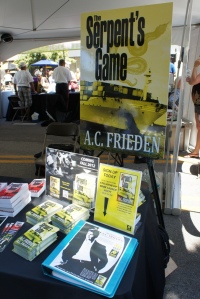 Promotion for A.C. Frieden’s next thriller, THE SERPENT’S GAME, due out in November 2012 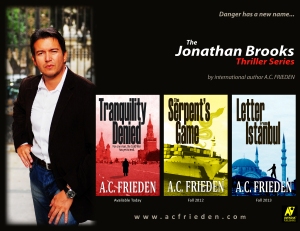 Avendia Publishing announced the third legal/spy thriller in A.C. Frieden’s Jonathan Brooks series.  Due out in fall 2013, the third novel titled LETTER FROM ISTANBUL will feature the same protagonist, hotshot New Orleans maritime lawyer Jonathan Brooks, as in TRANQUILITY DENIED (available today) and THE SERPENT’S GAME (fall 2012).  The fourth and fifth books in the series will be announced this December.

Stay tuned for launch event information for THE SERPENT’S GAME by revisiting this blog and checking updates on A.C. Frieden’s official website: http://www.acfrieden.com